College Cheating Scam | Your Questions Answered About What Happened

BACK TO BLOG LIBRARY

Today has been a whirlwind of questions from concerned parents and their teens about the college admissions cheating scandal announced this morning by the Department of Justice. Arrests across the country ensued in what has evolved into the worst scandal involving elite universities in the history of the United States.

Thirty-three parents – including famous actresses Felicity Huffman and Lori Loughlin, top CEOs, and media moguls – have been accused of bribing athletics coaches at some of our nation’s most elite universities. College coaches at Yale, Georgetown, Stanford, USC, UCLA, and UT have been implicated.

William “Rick” Singer of Newport Beach, California – identified as the ringleader of the scam – pleaded guilty in a Boston federal court today on charges of racketeering conspiracy, money laundering conspiracy, conspiracy to defraud the United States, and obstruction of justice.

Given that this developing story has several moving parts, I’ve put together answers to the five most frequently asked questions I’ve been asked today about the college admissions cheating scandal.

What are the implicated families being accused of?

The families, including Loughlin and Huffman, are being accused of paying Singer to guarantee their children’s admission to elite schools by offering bribes to athletics coaches to admit their kids, regardless of their kids’ athletic ability.

A family hires the accused William “Rick” Singer as an admissions advisor. Singer tells them that if they donate hundreds of thousands of dollars (up to millions) to his foundation that he’ll create a fake athletic profile for their kids. Singer conspired with these parents to fabricate the kids’ image as a top-notch athlete and worked with the college coaches, alleged to be part of the scam, to admit the student as an athlete, knowing the student wasn’t actually an athlete. The fabrication went so far as to photoshop images of real athletes with the faces of the students pretending to be recruited for sports.

Then the coach from the top college tells the admissions department that the student “athlete” needs to be admitted for the contribution the student will make to the tennis, water polo, soccer, crew, or other team. After the student is admitted, the college coach is paid off with money from the family that was given to Singer.

If true, these behaviors are reprehensible and clearly fraudulent. Singer created a fake foundation to funnel money to pay off coaches, and coaches were complicit in duping admissions officers to admit students who weren’t actually athletes.

How high up does this go?

It’s very important to recognize that the admissions directors and college leadership have not been implicated in this college cheating scandal. They appear to have been tricked by the athletic coaches to admit students they believed were athletes who really weren’t.

While more investigations are taking place to determine how much the collegiate leadership at the named universities knew of this scam, universities have already taken action against coaches.

John Vandemoer, the head sailing coach at Stanford University, pleaded guilty and has been fired. USC officials announced that Jovan Vanvic, the university’s water polo coach, and Donna Heinel, USC’s senior associate athletic director, were terminated from their jobs. USC President Wanda M. Austin addressed the scandal in a letter to the university community: “It is immensely disappointing that [coaches] would abuse their position at the university in this way.”

Who are the real victims in this?

We have to be very careful not to generalize. While this scandal exposes contemptible behavior, do note that only 46 coaches, proctors, and parents have been indicted for paying bribes for admission of perhaps two dozen students. Over 2 million students who enter college in the U.S. each year approached the college application process with integrity, honest work, and a commitment to excellence. By acting without principle, these accused families, with their ringleader Singer, robbed deserving students and genuine athletes of collegiate opportunities. They’ve mocked the real struggles that actual student athletes and high school students face while working to do their best to earn college admission.

The college admissions process needs honesty and integrity. I have always believed and asserted that we must empower students to take responsibility for their own college application process. Their ACT and SAT scores and grades should be the ones they earn with hard work. Their accolades and athletic merits should not be fabricated. And when they click submit on a college application, they should feel proud that they owned the process. That’s what needs to happen across the board to restore integrity to college applications.

Howard E. Wolf, Vice President for Alumni Affairs, Stanford University, echoes this view. In a letter to Stanford alumni, he wrote, “The integrity of our admissions process is absolutely central to the mission and purpose of our university. We will consequently continue working to actively address this situation so as to regain your trust in that process.”

How does this scandal affect ACT and SAT testing and the college test makers?

Other parts of the allegations purport that Singer paid off two proctors in two testing centers to switch answers for students taking the ACT or SAT exam. According to the report, proctors were paid to correct students’ answers after the students completed and handed in the test. If true, those proctors violated all policies from ACT and SAT.  One individual indicted is said to have been paid to take tests for students several years ago. Of note, ACT and SAT now require students to submit photos when they register for the test, which makes the practice of paying others to take a test for you much more difficult (ideally – impossible).

The college test makers — the ACT and CollegeBoard (which distributes the SAT) — have released statements that they’re going to investigate. As the ACT and SAT are distributed to millions annually, we must be careful not to ascribe the behaviors of two proctors to those of thousands of proctors in thousands of test centers who do follow the rules and administer exams in a standardized fashion.

What are some of the lingering, unanswered questions?

Winward Academy’s unmatched reputation is wholly attributable to our students’ exceptional success and to the trust earned among students, parents, and schools around the world. 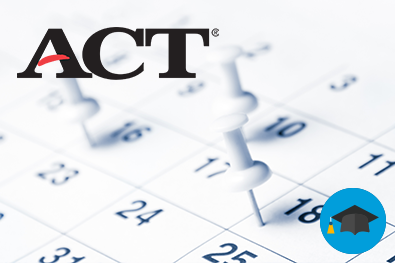 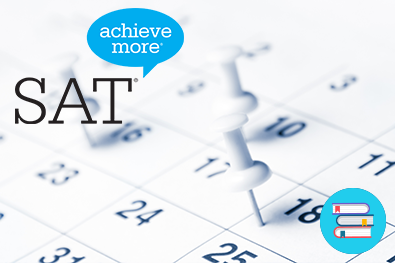 Whether you're in middle school, high school, or consider yourself a life‑long learner, Winward Academy is here to help you learn.

Our Guarantee to You

Winward Academy is scientifically developed to raise your ACT or SAT score.

We guarantee a 4-point ACT increase or a 160-point SAT increase if you diligently complete all lessons, multiple choice, and practice tests.

Questions? Email or call us anytime.

Our Full Store is Coming Soon!

We’ve already launched hundreds of hours of lessons, thousands of multiple choice questions, and our patent-pending Mistake Bank feature with schools and charities around the country. While we work diligently to complete the platform’s other innovative features (Practice Test Proctoring, Mix’em Up, Friends Connection, Parent Portal, and more), we’re providing a special introductory offer.

Stay up-to-date with our progress or receive special offers as we introduce additional features! Subscribe below.